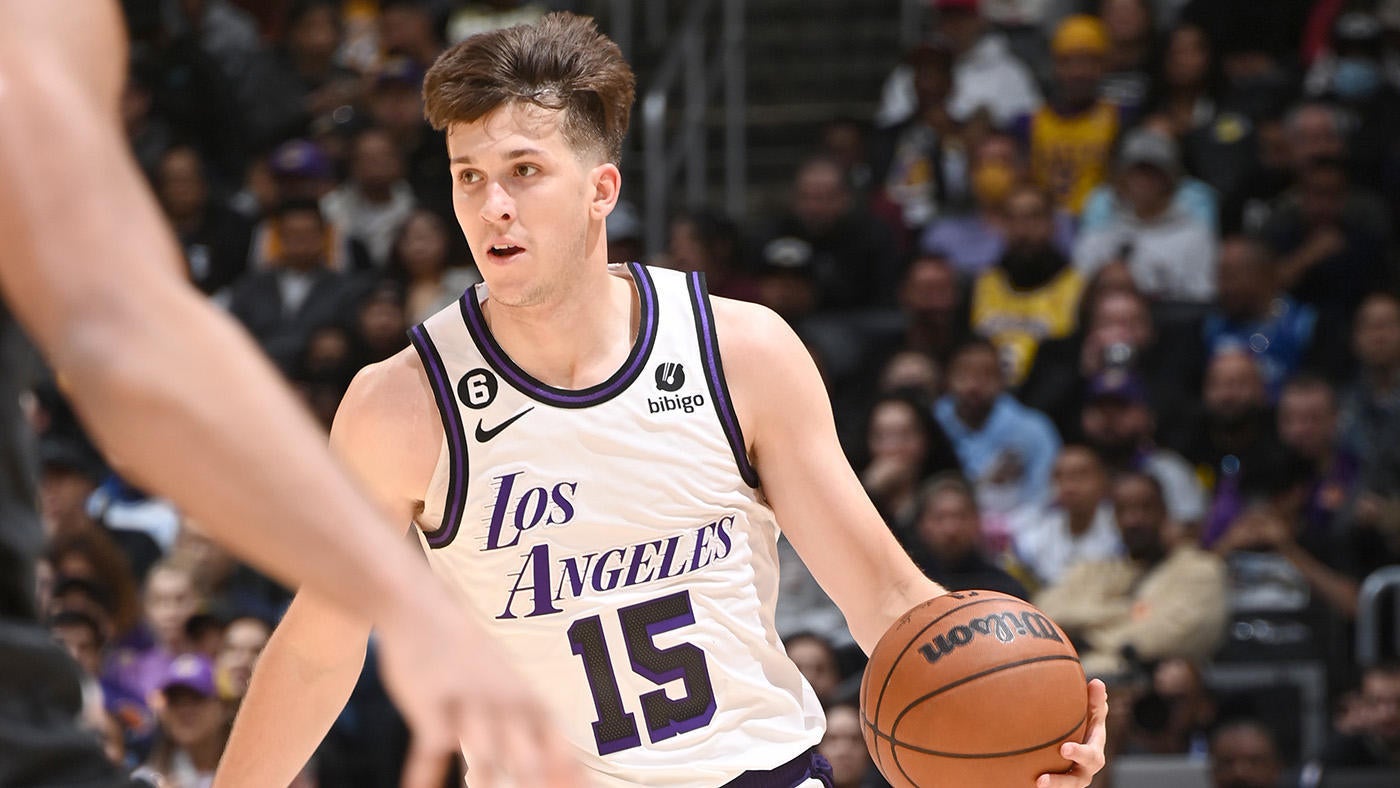 Austin Reaves produced by far his best highlight of the season on Sunday as the Los Angeles Lakers defeated the Brooklyn Nets 116-103. Driving toward the basket, Reaves went up for what appeared to be a layup attempt against three Nets. At the last second, he curved a no-look pass around Joe Harris into the awaiting hands of Lonnie Walker IV. Walker swished the 3-pointer, and a six-point lead swelled to nine.

The pass itself was so remarkable that you could be forgiven for missing the context in which it came. Austin Reaves, an undrafted second-year player on the NBA‘s most glamorous franchise, walked the ball up court and ran a spread pick-and-roll with one of the best big men in basketball. It wasn’t a mid-possession pick-and-roll of circumstance. The Lakers went to the Reaves-Anthony Davis pick-and-roll right away and were rewarded with a bucket.

That’s not something the Lakers typically do in part because the Lakers typically have LeBron James. Succeeding in a James-centric offense means a lot more shooting and cutting than on-ball creation, but with James out for the past two games, Reaves filled in as Davis’ primary dance partner. Even when the passes were a bit more conventional, the play was largely successful.

That single play isn’t the only marker of Reaves’ heavier workload with LeBron out. Compare just about every measure of usage over his last two games to his first 11 and you’ll see that the Lakers — largely through necessity — have given Reaves far more creative freedom recently.

None of this is meant to disparage the James-Reaves partnership, of course. Laker lineups featuring the two of them have largely been successful. The Lakers were outscored by 1.7 points per 100 possessions when they played together last season, which isn’t a great figure on its face, but looks better when you remember that they were outscored by 2.9 points per 100 possessions overall.

Secondary ball-handling is a useful trait to have next to James so long as it’s paired with timely cutting and reliable shooting. Reaves always had the former. The latter is coming along nicely this season as he is shooting over 36 percent from deep. But the fact remains that so long as James is on the floor, Reaves’ ball-handling has to be secondary. That is true of practically any teammate he could have. Nobody is better with the ball in their hands than LeBron.

And yet, tiny sample aside, what Reaves has done in a heartier role shouldn’t be ignored, either. We’re dealing with a meager two-game sample here, but he averaged 17 points per game while operating partially as a point guard. That’s nothing to sneeze at. It’s not the only sample we have, either. Reaves shined as a ball-handler in the preseason as well, and made it clear he believes he can handle point guard responsibilities.

“I feel like I’ve done a decent job in the last four preseason games, just showing I have the capability to put it on the floor and make plays for others as well,” Reaves said in an October interview with Damian Burchardt of Laker Nation.

But even without James, the Lakers roster doesn’t exactly lack for point guards. Eight of the 10 pick-and-roll possessions used by Reaves in Sunday’s win over the Nets came with Russell Westbrook on the bench. This is where any notions of intentional on-ball development for Reaves get sidetracked. The absence of James opened up an opportunity for Reaves to play some point guard, but when Westbrook joined him on the floor, he was largely forced back into role player duty. As poorly as he’s played, Kendrick Nunn is still a point guard and receiving minutes. Dennis Schroder is a point guard as well and set to return to the lineup soon. Lonnie Walker is a wing, but one whose value is predicated in part on what he can do with the ball in his hands. On-ball reps were growing scarce halfway through that list.

This is obviously a solvable problem with a trade that’s been sitting on the table for months. The Lakers have thus far denied Indiana’s offer for Buddy Hield and Myles Turner over a reluctance to surrender first-round picks in 2027 and 2029. There’s an irony to that. The theoretical motivation behind keeping those picks would be protecting their future, yet in doing so, they’re hindering the development of the young players already in the building. As currently constructed, the Lakers need Reaves to be a 3-and-D player. He’s already proven capable of being one. Yet the last few games suggest that he’s capable of being something more.

There would be immediate utility in offering Reaves the room he needs to grow into that kind of player now. Aside from the benefits of grooming a worthy backup point guard, the Reaves-Davis pick-and-roll could diversify the Lakers offense a bit even with James on the floor. When James and Davis run their version of the play, the outcomes are usually somewhat rigid. James scores. Davis scores. James kicks it for a 3-point shot. It’s lethally effective with the right shooters, but a tad predictable even in its most unstoppable forms. Slot James in the corner every now and then and suddenly the opportunity for secondary side pick-and-rolls and skip passes and general late-clock mayhem increases. This wouldn’t be a staple, of course, but typically speaking, the more seasoned ball-handlers an offense can add without sacrificing spacing, the better.

This has been a problem throughout the James era. Even his best Lakers teams surrounded him with shooting and no ball-handling. Lately, the reverse has been true. Reaves is beginning to offer something of a compromise. Though not elite in any single area, he’s worked as a cutter and connector and shooter and lately, as a ball-handler. That’s a player the Lakers have long lacked. His on-ball opportunities are going to dwindle when James returns, but the last few games should be reason enough for the Lakers to make sure they don’t disappear completely. We may not get quite as many Reaves-Davis pick-and-rolls when the Lakers are at full strength, but if Sunday’s win over the Nets was any indication, the ones we do get can still be quite potent.