Athleisure is a term to describe hybrid clothing, designed to be suitable both for exercise and everyday wear. With people becoming more conscious about staying fit and healthy these days, the demand for Athleisure is growing. IBNS correspondent Supriyo Hazra catches up with Ujjawal Asthana, co-founder, Zymrat, to know about the future of the segment and his company. Excerpts:

Tell us something about the current athleisure business in India?

The athleisure apparel market has taken off as the pandemic’s increased emphasis on physical fitness, and it’s expected to continue growing even after the outbreak. Athleisure, one of the fastest-growing apparel markets, is expanding beyond metro cities as businesses consider empirical retailing. Nearly all athletic companies now offer an athleisure or activewear collection, with well-known names leading the pack. Several new brands and direct-to-consumer enterprises also used the internet to boost sales during the pandemic years. To expand into tier-II and tier-III cities, we are also opening experience stores in 2022. During the pandemic, the segment experienced growth of about 15% and this year it is expected to rise at a similar rate. The entire Indian athleisure market is estimated to be worth around Rs 54,000 crores by analysts.

Why did you launch a technology-driven athleisure brand?

I don’t come from a background in fashion or textiles. Before founding Zymrat, I was spearheading a technology consulting company as its CEO, where I created servers and software for Fortune 500 companies and YC-funded startups. I was constantly preoccupied with my work, eating mindlessly, drinking out, and other activities during this time. Ultimately I put on a lot of weight, which was not only bad for my appearance but also my health. I went to the doctor one day and learned that I had high blood pressure, hypothyroidism, and pre-diabetic symptoms. I then went to the gym and didn’t turn around again. I developed a strong connection with the industry during this time and felt that some of my grinds resonated with the community, which inspired me to start Zymrat. To represent consumer performance, Zymrat developed into a performance-driven brand and in order to match the quality of other premium international brands on the market, we incorporated technology into our performance wear.

Which city has seen major growth as far as your products are concerned?

Currently, Zymrat covers around one-fifth of the territory of India but its objective is to multiply its visibility in significant markets fivefold. The epidemic gave the business advantage and enhanced its growth as consumer preferences quickly changed from offline to online purchasing. So, half of Zymrat’s orders go to the top 30 cities in India, and the other half goes to the rest of the nation. This fiscal year, we plan to transition from direct-to-consumer to experience retailers. Using an omnichannel approach, we have put up a Zymrat Experience Store at Bangalore’s Garuda Mall to display our products and to allow consumers to get a feel of it.

Which age group is your target consumer?

Our men’s athleisure line is geared toward those between the ages of 20 and 45 because we believe that this age range is when people are most active and cognizant of choosing fitness activities.

How are the products of Zymrat different from other popular brands in the segment which include Nike or Reebok?

Zymrat thrives on innovation and collaboration, which has allowed us to craft technology IPs like SuperSilva and TBC. These trademarks are designed to solve problems uniquely faced in India, and thereby helping elevate the performance of the fitness community at large. Solving for odour (anti-stink) through SuperSilva, solving for the butt-cheek syndrome through TBC, solving for weight through the Centurion (India’s lightest running tee) or solving for breathability through the SuperVent. Each of our products is designed to solve problems (through technology), which is unlike other performance wear brands, international or otherwise.

Since the preponderance of innovation at Zymrat is driven by validation from community members, one of the problems heeded was that people sweat a lot while exercising. When a soft fabric rubs against sweat, it begins to stick to the skin and can become caught in butt cheeks, among other places. To ensure that the fabric would stay away from your skin regardless of how much one sweats, we considered a specialised knitting structure. The Ball Cooling shorts, one of Zymrat’s most well-known products on our website, and SuperVent are two characteristic fabrics we have designed. The trademarked SuperVent maximises airflow and helps unlock optimum performance, making us (Zymrat) unique.

Tell how technology and fitness are converging with the designs created by you?

The 3D Knitted Vents and a thin layer of moisture-wicking material make up the SuperVent technology. These vents enable the cloth to take in new air while releasing body heat as the wearer moves. Sweat is dispersed throughout the fabric by the featherlight layer and is evaporated by the 3D Vents. For instance, the brand’s latest launch, SuperVent is the combining together of engineered fabrics and technology to allow for 10x breathability. Ventilation is a common issue faced by the fitness community, which restricts movement and thereby overall performance. Through the 3D knitting structure in our SuperVent line, we have managed to create mini air pockets that allow for supreme breathability throughout your routine, allowing fitness positives across the country to perform better and for longer. The fabric itself in the raw material is one of the most significant variances, and includes technology and treatment in the garment-making process.

How do you plan to expand your business in the upcoming five years?

Zymrat is upending the norm in several categories, including athleisure, activewear, and intensive performance. It is a producer of top-tier goods with industry-first intellectual properties and a focus on premium raw materials. Our ground-breaking performance fabric has gained immediate recognition across India with a 40% repeat rate. 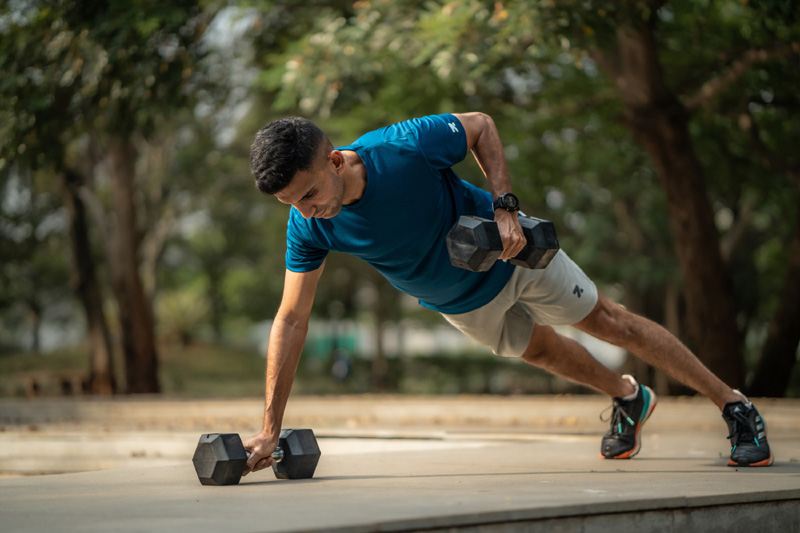 Over the next few months, we want to introduce 30 new SKUs, challenging the status quo in many categories like athleisure, activewear, and intensive performance. Zymrat’s industry-leading retention rate of 75% (that’s unheard of) in the apparel/activewear market is a significant contributor to the company’s success, and the brand expects to spawn INR 60 crore in revenue by the end of the fiscal year 2023. We also have a fantastic product-market fit in the premium segment, with an AOV of Rs 2400 and an ASP of Rs 1700.

What is the future of the athleisure apparel segment with people are becoming more health conscious?

Promoting performance wear of today’s energetic, active, fitness-conscious lifestyle is a well-liked trend in 2022. Many businesses promoting their newest athleisure fashion “must-haves” use a common theme of movement by encouraging individuals to engage in activities like running, hiking, bicycling, yoga, and sports and advising them to feel comfortable while doing so. The worldwide cutting-edge athleisure market is worth $411.02 billion in 2022, projected to expand at a CAGR of 9.9% by 2028. It is not surprising that one of the most lucrative industries in the world is athleisure, and the most-successful performance wear labels have recognised micro and macro developments that led to the creation of new market niches and innovative techniques. Over the projected period, it’s forerun that the youthful denizens of the nation will become more passionate about sports and outdoor recreational activities, boosting the demand for athleisure wear.