Destiny 2 Operation Seraph’s Shield is not just about acquiring the newest Exotic, as Bungie has hidden a lot of stuff behind puzzles. One of the primary puzzles comes in the form of Security Drones that can be found scattered across multiple locations. Typically, 12 of them are located within the mission tileset.

Players should note that the 12 Drones mentioned in this article are time-gated, but are accessible via specific exploits. For this, a Sword with Eager Edge or a Fallen Guillotine needs to be equipped. Most of these Drones are locked behind lasers, and players will need to bypass them by performing a heavy Sword attack right in front. 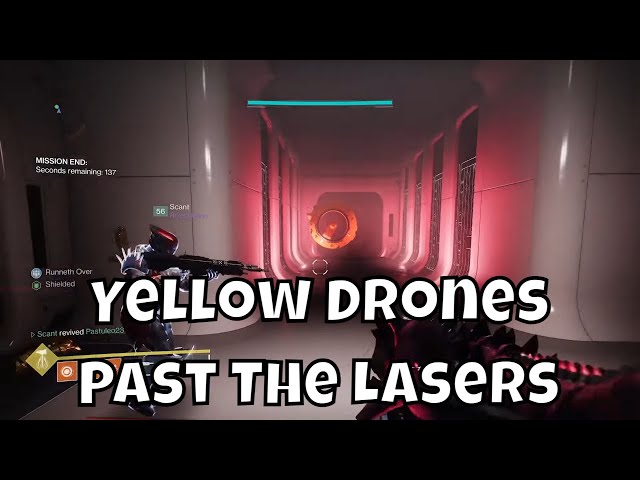 Titan’s different bashes with three elemental subclasses can work here as well. The video given above might provide a clearer idea of the entire exploit.

The locations of the Destiny 2 Security Drones in all 12 separate Operation Seraph Shield locations are as follows:

Shooting all twelve of the aforementioned Drones will complete the Drone Destruction VI triumph. For the previous 38 Drones, you can follow this article. Upon completing all fifty Drones, the door located within the second phase of the Hive Boss room will become accessible.