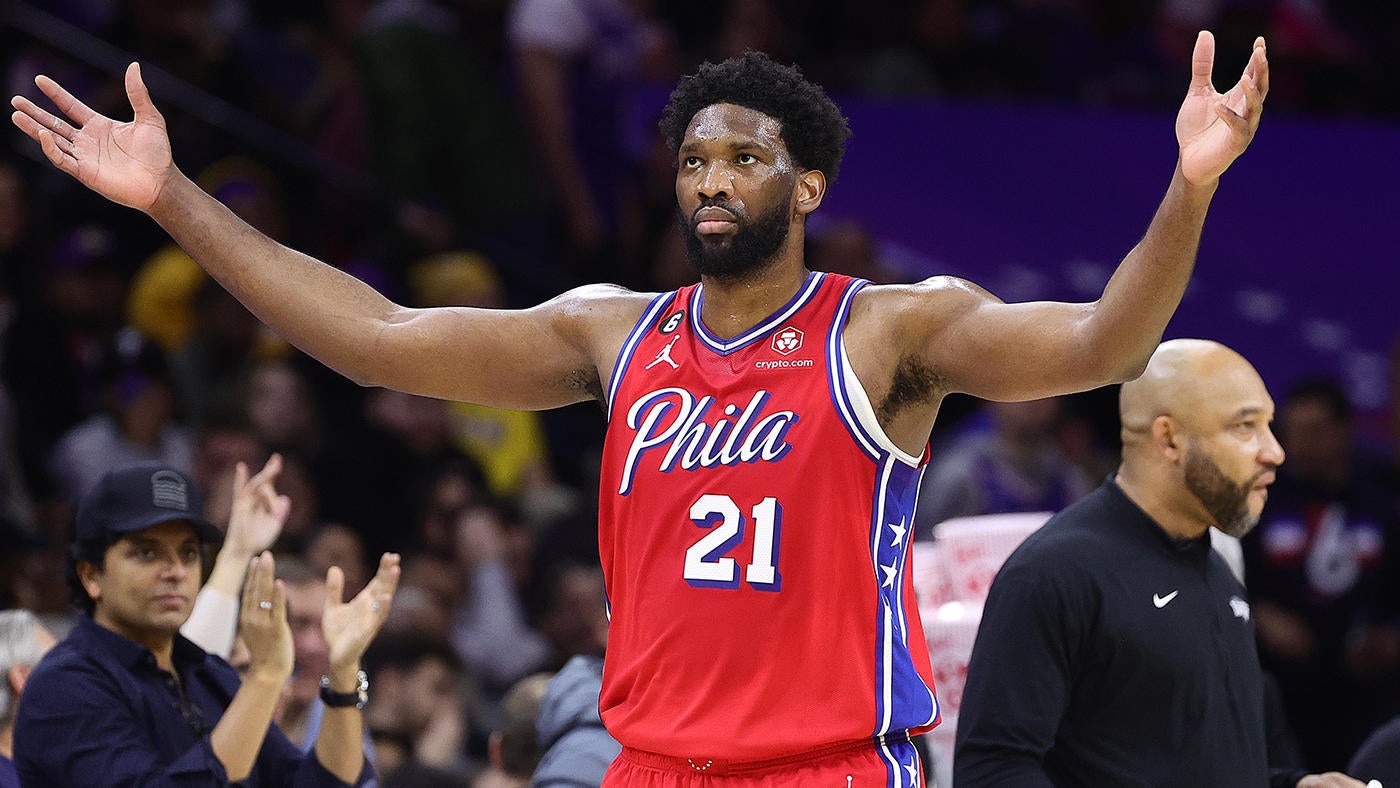 Like Gloria Clemente wisely observed in “White Men Can’t Jump,” sometimes when you win, you really lose. The Philadelphia 76ers escaped Wells Fargo Center with a 133-122 overtime victory over the Los Angeles Lakers on Friday night, but they took a big, fat “L” in terms of late-game execution.

The Sixers seemed to have put the game away, holding a 16-point lead with less than four minutes left in the fourth quarter, but that’s when the Lakers slowly started chipping away at the lead. Even with a bit of a scoring lull, Philadelphia still held a nine-point lead with 35 seconds remaining in the fourth quarter, which most people might say would give the Sixers a 99.99 percent chance of winning the game.

After a Patrick Beverley layup, two Anthony Davis free throws and two turnovers by De’Anthony Melton (who had an otherwise spectacular game), an Austin Reaves 3-pointer cut the lead to just two points with 12.2 seconds left in the fourth.

Melton then made one of two free throws, and on the ensuing possession Matisse Thybulle fouled Reaves on a 3-point attempt, presenting the opportunity to give the Lakers the lead with three makes. After knocking down the first two free throws, Reaves missed the third and the rebound caromed out of bounds, giving the 76ers possession along with momentary relief.

With no timeouts remaining, Tobias Harris had trouble inbounding the ball, and lobbed up a pass to Joel Embiid, who fell to the floor as the ball approached, giving Davis — who had 21 of his 31 points in the fourth quarter — a timely steal. He passed ahead to Russell Westbrook, who gave it back to Davis, only to be fouled in the act of shooting by Harris with 3.7 seconds left.

Two made free throws would have given the Lakers a one-point lead and, since the Sixers had no timeouts remaining, a pretty good chance at a win. However, this game was super drunk, so of course he missed the second free throw, sending the game into overtime.

Things were much less exciting from there, as Philadelphia got bucket after bucket while the Lakers didn’t score a single point until there were 35 seconds left. The 76ers got away with a win, but they couldn’t have felt great about it.

Harden scored nine of his 28 points in overtime, also dishing out a game-high 12 assists while playing 47 minutes in just his second game back from an extended absence due to a foot injury. Embiid led the team with 38 points and 12 rebounds, going 3-of-4 from 3-point range. The aforementioned Melton had a magical night, notching career highs with 33 points, eight 3-pointers and seven steals. No 76er has ever put up those numbers in a single game.

“We’ll take the win,” 76ers head coach Doc Rivers said after the game. “One thing I will say, usually, when you give up a lead like that, to gather yourself and play well in overtime is rare. So I told our guys we’re very proud of that. But just the mistakes we made down the stretch … we have to fix that.

Reaves, so close to being the hero for the Lakers, scored 25 points off the bench, while LeBron James notched 23 points and six assists, but went just 1-of-8 from 3-point range.

The Lakers will head to Detroit to take on the Pistons on Sunday, while the 76ers will hope for a much smoother finish at home against the Hornets, also on Sunday.