Destiny 2 is a community-focused game, and the developers love to be open about their ongoing projects. While this has been reduced due to the recent toxicity and harassment towards the devs, Bungie is still pretty transparent regarding their updates and any ongoing fixes.

In a TWAB (This Week At Bungie) from August 4, the company revealed its plans to release an Exotic skin with the help of the community. Players can pick either one of three Exotics: Sweet Business, Arbalest, or the Rat King. The chosen skin will be made by one of the artists from the Destiny 2 community.

That said, seeing how Bungie is starting to hire more artists for skins, players might have a chance to get some ornaments for their favorite gear. 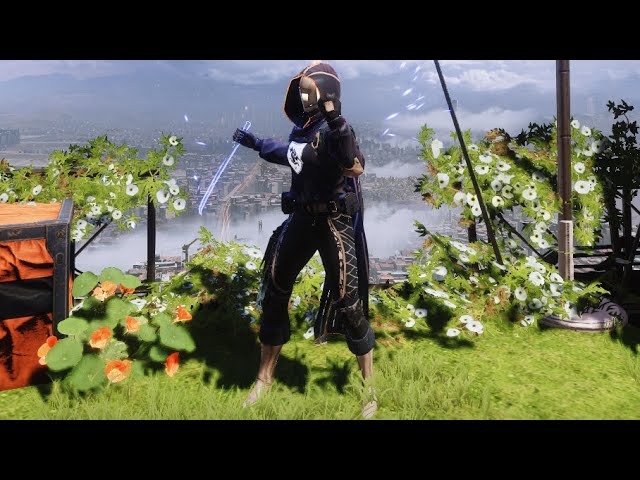 Of over a hundred different Exotic armor pieces to choose from, some equipment have become very popular due to the degree of utility they provide to their respective classes. So it will be nice for those useful gears to get their ornaments.

Disclaimer: This article is subjective and relies solely on the writer’s opinion.

Contraverse Hold is one of the go-to Exotic gears for Warlocks, especially for Void builds in Destiny 2. It was introduced to Guardians in the Forsaken expansion, which grants everyone Grenade energy upon Grenade damage caused to enemies. Whether it’s Vortex or Axion Bolt, players are guaranteed to get energy refunds based on the damage their Grenades deal to enemies.

With so many gamers using Contraverse Hold as one of their favorite armor pieces in the game, Bungie should release an ornament for this fan-favorite Exotic gear.

Raiju’s Harness is one of the most potent Exotic armors for Hunters, as it allows the class to whirl their Arc Staff for a longer period. This armor is also one of the best-looking pieces in its default form and allows players to change its color with specific shaders.

It will be interesting to see what Bungie can add to this armor piece on top of the glowing blue lines. Raiju’s Harness can be acquired by completing modified Lost Sectors on solo with Chest armor rotations.

Assassin’s Cowl can grant invisibility to Hunters through any given subclass. This specific Exotic allows the class to chain invisibility by landing charged melee abilities on enemies. However, different types of enemies grant different lengths of time. They are as follows:

Since this Exotic is better suited for Hunters in solo plays, a new ornament will be a great addition for Guardians who like to rock this quite often.

The Starfire Protocol is a very niche Exotic in a Warlock’s inventory, as it allows the class to throw additional Fusion Grenades. While empowered, the Destiny 2 armor piece grants 20% Grenade energy per weapon hit and 100% class ability energy on Grenade kills.

Players often love to run this while damaging a Raid boss, as equipping a Well of Radiance and Fusion Grenade grants them both a supporting and DPS role. Starfire Protocol was introduced in Destiny 2 Year 1, so it is surprising how Bungie hasn’t made an ornament for this chest piece.

Another Exotic armor piece introduced in Year 2, the Antaeus Ward has been one of the most popular picks among Titans in PvP ever since. This allows the class to deflect any incoming damage while sliding, which includes incoming Supers, Rockets, and other projectiles.

Seeing how Antaeus Ward was the most-picked Exotic at one point in time, it’s surprising why Bungie didn’t offer the Titans anything to go with this deadly piece of armor.