Bars have been packed and last call extended since the Mariners ended their 21-year playoff drought. The party will only get rowdier once the playoffs start. (Game 1 of the three-game American League Wild Card series between the Mariners and Blue Jays is scheduled to start at 1:07 p.m. PT Friday.) Keep in mind that if your favorite baseball-viewing spot has a capacity of less than 40, you might not be able to squeeze in there during the playoffs. If you don’t plan to head to T-Mobile Park for the Mariners’ watch parties, here are four big bars where you can catch these big games.

This Mariners-owned sports bar across from T-Mobile Park will likely be the place to be if you’re not braving the long security line at Seattle-Tacoma International Airport to fly to Toronto. Located in the former Pyramid Brewery building, this is Pyramid 2.0 with 20 televisions scattered around the dining room and two bars. The complex, which can hold 350 fans, runs 40 beers and ciders on tap, and coming soon, Métier Brewing Co., one of the few African American breweries in the country, will brew here. Or grab the smoky mescal margarita; it’s better than many agave variations served at area taquerias. The food menu ranges from a $48 Painted Hills rib-eye to a double cheeseburger that tastes like a Big Mac without the middle bun. The usual tavern grub of nachos, pizza and wings are available. If it’s a full house, you might not have elbow room for any thing other than finger food.

This timeless roadhouse-inspired gem is the kind of bar that high rents have chased out in most of Greater Seattle. Here it stands in Newport Hills for the past 27 years, defiantly stubborn from changing with the times or caring about trendiness. Its sensory-overload walls are covered with beer signs, dart boards and other games.

Mustard Seed can pack at least 200 fans and boasts 29 televisions, including one in the men’s restroom. Its menu prices seem to be stuck in a time warp, with bites and drinks priced $1 to $3 cheaper than the going rate. A two-finger pour of the Japanese Yamazakura whisky costs $10. Or maybe you prefer a shot from the Fireball cinnamon whiskey dispenser that looks like it gets a lot of use. In any event, chase it with a $2.27 Coors special that’s offered during Mariners games. Broasted chicken with jojo fries can also fortify you between shots for under $15. Its burger menu runs a page long. If Mustard Seed is bursting at the seams come game time, hop next door to Resonate Brewery + Pizzeria.

The new owners ditched the Old World biergarten theme for a sports-bar vibe that’s more organic than that cheesy Leavenworth playbook. The 7,000-square-foot beer mecca with two giant screens and six televisions can hold at least 300. This high-energy, boisterous bunch will let the Uptown neighbors hear it if Julio Rodríguez hits a home run. During the Mariners game, $6 smash burgers, $10 liters of beer and other happy hour specials are in play. There are 32 beers on tap including 20 from local breweries. And the remaining taps feature Germany and Czech beers if you long for the old oompah Queen Anne Beerhall.

A wild card, this Sodo pho house might be your best bet if you can’t get into Hatback Bar. Aiming to be more than just a lunch chain around Seattle and the Eastside, this local pho franchise is taking a swing at the sports bar business with a new branch near T-Mobile Park. Its dining space features a giant screen and nine other televisions, with 100 seats on a first-come, first-served bases. Not just pho and banh mi, its ballpark branch showcases 40 beers and wines on tap and a new bar menu of fish-sauce wings (better known as Pok Pok), baked oysters and “pho-taters.” The last is a play on poutine with steak and other pho ingredients over Tater Tots. For something heartier, there’s the gluttonous lobster tail over a mound of garlic butter noodles. 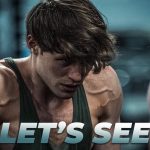 Be Battle Ready: 5 Ways to Ramp Up Your Tactical Fitness Goal 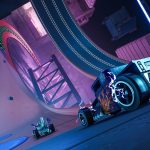 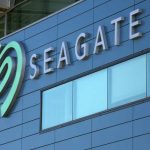 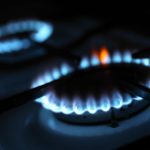 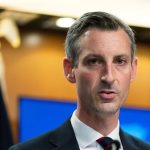