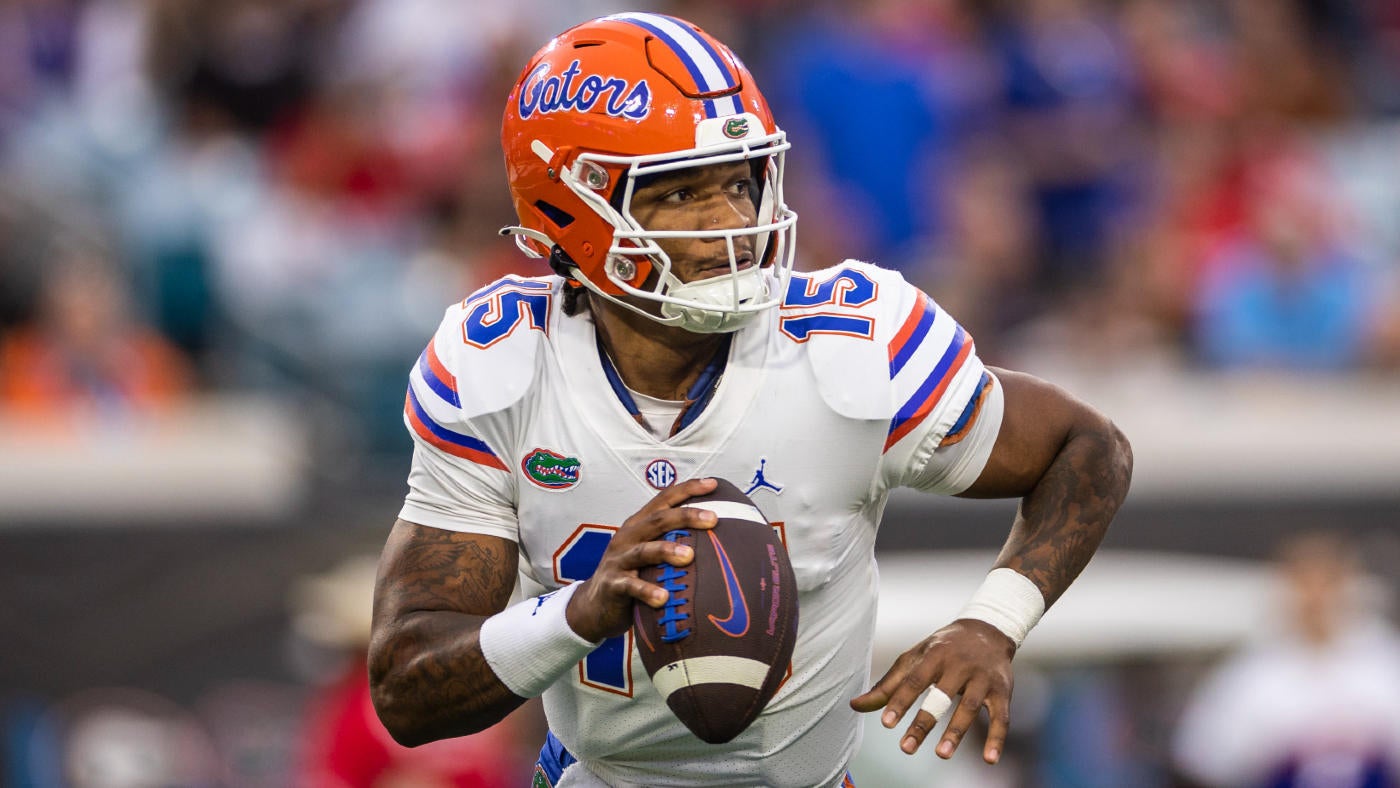 Now that Anthony Richardson has officially declared for the draft, we’re going to spend the next few months trying to pin down exactly where he might end up. Will he sneak into Round 1? Will he be QB4, or is there a chance he’s eventually QB1, especially since the current No. 1 quarterback, Bryce Young, is somewhere around 5-foot-10, 185 pounds … which is unprecedented for an NFL QB, especially one being considered for the first-overall pick.

(That said, Young is currently our QB1 because he’s been that good, without any of the weapons Mac Jones and Tua Tagovailoa enjoyed before him, and he carried the Alabama offense for much of the season.)

Over the summer, there were some NFL teams that were high on Richardson and Will Levis, above Young and C.J. Stroud, in large part because of the down-the-road upside. Of course, Young and Stroud had much better seasons, but it’ll be interesting to see exactly how all this unfolds. A year ago, we media folks pegged Kenny Pickett, Malik Willis, Matt Corral, Sam Howell and Desmond Ridder as possible first-rounders. When it was all said and done, only Pickett heard his name called on Day 1, and the next QB, Ridder, didn’t go until Round 3. Put another way: Yes, teams are forever desperate for franchise quarterbacks, but last year’s lackluster crop wasn’t enticing enough to force any of them (other than, arguably, Pittsburgh) to overdraft one.

This year will almost certainly be different, mostly because while this year’s crop doesn’t have a clearcut Joe Burrow or Trevor Lawrence, it does have four intriguing prospects. Which brings us to Will Levis, who remains the wild card. the “huge upside but there are a bunch of reasons we’re not quite seeing it right now” franchise passer who battled a toe and shoulder injury, a porous offensive line, and young, inexperienced wide receivers.

At the end of the day, none of that matters because when you’re a top-10 pick, the expectation is that you can overcome adversity, even if it dog-piles you all at once. NFL evaluators will spend the weeks and months between now and the draft trying to figure out what a healthy Levis, with pieces in place around him to help him succeed, might look like at the next level. The issue, of course, is that, typically, teams picking at the top of the draft don’t have those things.

On the most recent “With the First Pick” podcast with former Vikings general manager Rick Spielman, we talked about the Levis vs. Richardson debate and the considerations in an NFL draft room that will go into taking one over the other.

Before getting to the picks, I just wanted to thank all of you for the comments, thumbs up, and overall kind words regarding “With the First Pick”. Really appreciate the feedback and remember: we’ll be live every Monday at 2 p.m. ET on the Pick Pix YouTube channel, and you can subscribe wherever you listen to podcasts.

As we get closer to the draft, we’ll expand to several shows a week with CBS Sports NFL Draft analysts Josh Edwards, Chris Trapasso and Emory Hunt, as well as other folks in the CBS Sports family. You can follow me on Twitter at @ryanwilsonCBS for updates and reminders.

There are only 31 selections in this mock draft because the Dolphins were stripped of their first-round pick due to tampering.

One other thing: We’re finally moving to draft order, and away from reverse Super Bowl odds, but please note that what’s reflected below is the order through Sunday’s Week 14 slate of games, but not including “Monday Night Football”.