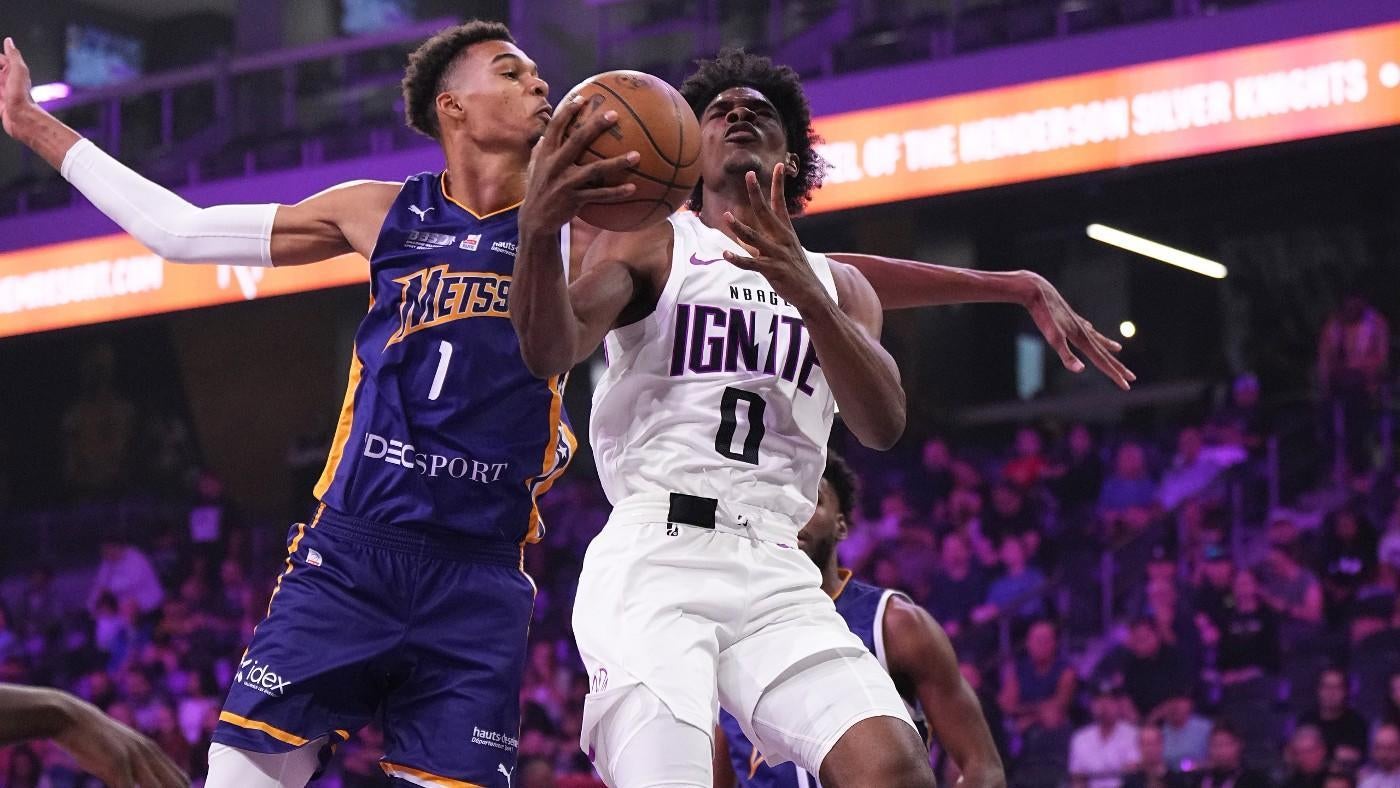 With dozens of NBA stars, executives and reportedly around 200 scouts all in attendance Tuesday to watch 7-foot-4 super-prospect Victor Wembanyama face off against Scoot Henderson — both of whom right now are the clear top two prospects in the 2023 NBA Draft class — reality somehow exceeded even the much-hyped expectations.

Henderson’s G League Ignite team got the 122-115 win over Wembanyama’s Metropolitans 92 team in an exhibition game in in Henderson, Nevada,  but the final score didn’t much matter. All eyes were really on what the two main attractions would do, and let me tell ya: all eyes had to be thoroughly impressed with what they were treated to inside the Dollar Loan Center Arena.

The hilarity of highlights started early in the game with Wembanyama, who has a reported 8-foot wingspan, notching two blocks within the first few minutes of play. The first was a staple of what makes him such a lethal center: he simply drops down to help and can cover so much space around the paint.

His second, a swat after dropping in coverage off a screen, was more of the same, as he again highlighted how much space he can cover and how much his lengths affects shooters.

As was the case all night, Henderson matched Wembanyama’s energy in an incredible blow-for-blow battle that turned into a shootout. Henderson went right at his counterpart early, too, first attacking Wembanyama on the perimeter by unfurling a stepback from 3-point range.

Later in the game, Henderson attacked Wembanyama directly in the paint and again got the better of him. (Another time in the fourth quarter, it should be noted, Wembanyama swatted Scoot’s shot into the next century.)

At the half, Henderson had 18 points, Wembanyama had 9 points and a pair of blocks.

Then came the fun.

Wembanyama turned it up a notch in the third and fourth quarter despite dealing with persistent foul trouble in what might have been his most impressive shooting performance of his young career. He delivered dagger after dagger from beyond the arc, finishing with seven made triples in a closely-contested loss. He closed with 28 second-half points to turn in 37 on the night, while Henderson in the win had a cool 28.