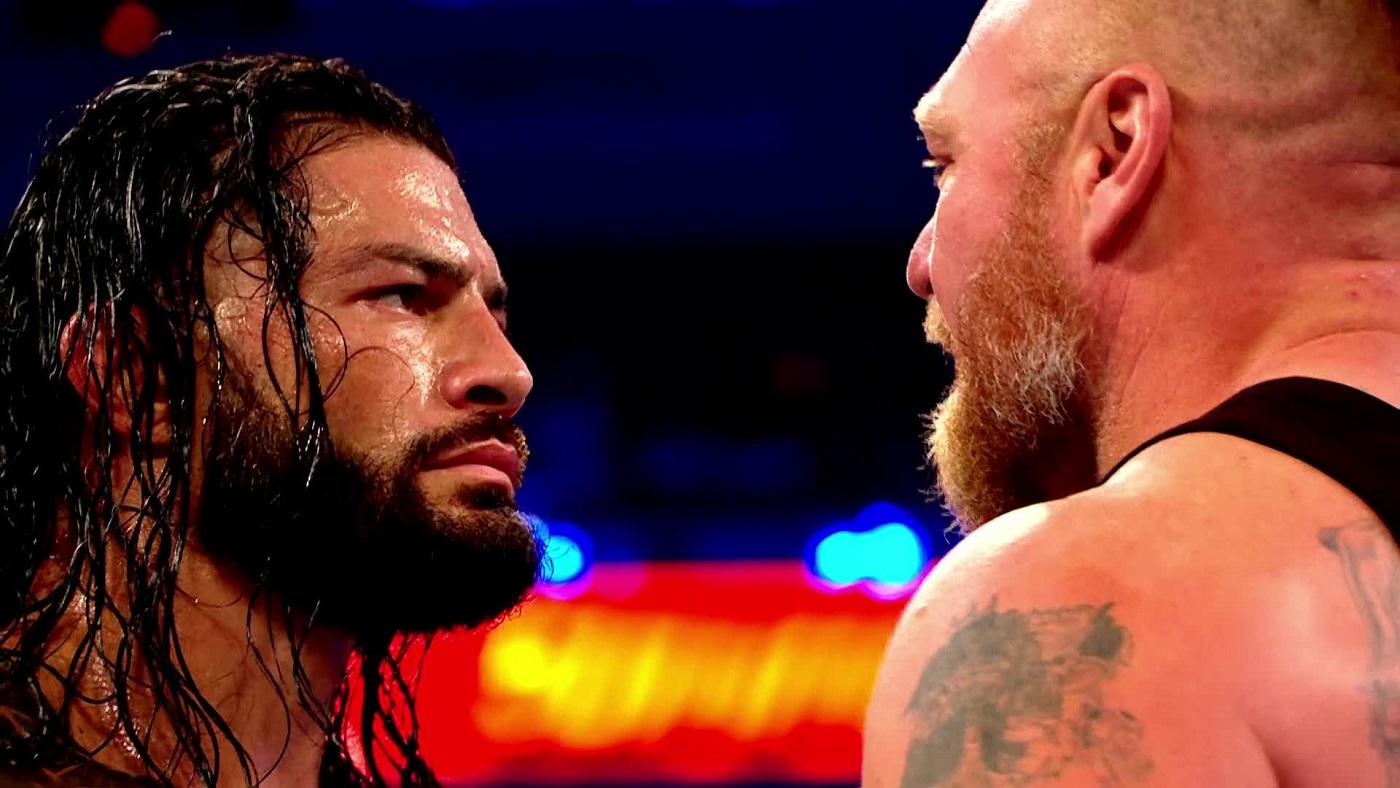 The biggest event of the summer is finally here. SummerSlam is set to kick off from Nissan Stadium in Nashville on Saturday night with a loaded match card filling out one of the tent pole premium live events of the year for WWE.

This year represents the 35th time WWE has held SummerSlam and they’re going big. The long rivalry between Roman Reigns and Brock Lesnar will continue in the show’s main event. Reigns will defend his undisputed championship against Lesnar in a Last Man Standing Match that will likely see the two men tear each other apart.

Plus, four other title matches are set for the night, including both women’s champion in action as well as the unified tag team champions.

The build to the show has reached its conclusion and all the pieces are in place for a great night of action. With that in mind, let’s take a look at what we know will take place at WWE SummerSlam.

Undisputed WWE Universal Championship — Roman Reigns (c) vs. Brock Lesnar (Last Man Standing Match): For years, WWE has gone back to Reigns vs. Lesnar to top major cards. They’ve returned to that well once again by having Lesnar return after Reigns beat Riddle to retain his undisputed championship. The two most recently met at WrestleMania, with Reigns getting the win. Now they meet again, this time under Last Man Standing rules. It’s the kind of grueling match that sets the winner up to be cashed in on by Money in the Bank contract holder Theory.

United States Championship — Bobby Lashley (c) vs. Theory: Lashley beat Theory to win the title at Money in the Bank. Theory’s night would get much better by the end of that show, being given a spot in the Money in the Bank ladder match and winning the contract. Still, Theory is looking to gain some revenge against Lashley despite having a clear shot to the biggest belts in the company. Lashley, meanwhile, will be looking to build momentum as the holder of a secondary title after previously being in the mix as a world title contender.

Pat McAfee vs. Happy Corbin: Corbin has taken issue with McAfee’s digs on commentary, leading to several confrontations. McAfee finally laid out a challenge for a match at SummerSlam. After the conclusion of Money in the Bank, Corbin attacked McAfee and accepted the match. McAfee has put on several very fun performances in NXT and even had a solid match with Theory at WrestleMania. After beating Theory, McAfee lost an impromptu match to Vince McMahon. Corbin has not won a pay-per-view match — including being on the losing side of two Survivor Series tag matches — since December 2019.

Undisputed WWE Tag Team Championship — The Usos (c) vs. The Street Profits (with special guest referee Jeff Jarrett): The teams had a brilliant match at Money in the Bank, which was won by The Usos. However, replays showed that Montez Ford’s shoulder was actually up at the time of the pin. That was a good enough reason for the rematch to be set up. That’s good news for fans as there’s potential for an even better match between the teams on the big stage of SummerSlam. Authority figure Adam Pearce announced Tennessee’s own Jarrett as the special guest referee for the match.

SmackDown Women’s Championship — Liv Morgan (c) vs. Ronda Rousey: Morgan won the Money in the Bank contract and cashed it in hours later, scoring a pin on Rousey after Rousey defeated Natalya to retain the title. That successful cash-in gave Morgan her first run as a WWE champion. Now, she’ll have to beat Rousey again, this time without Rousey coming off a grueling win seconds prior.

Raw Women’s Championship — Bianca Belair (c) vs. Becky Lynch: Lynch infamously won the SmackDown title from Belair in less than 30 seconds at last year’s SummerSlam. Belair has gotten some revenge by winning the Raw title from Lynch at WrestleMania. Still, Belair now has an opportunity to erase the 2021 SummerSlam debacle. Lynch has taken issue with the fact that she did not get an immediate rematch against Belair after the WrestleMania loss and continued angling for the match until it was finally made official.

The Miz vs. Logan Paul: The Miz and Paul teamed at WrestleMania to defeat The Mysterios. After that match, Miz turned on Paul, attacking him and landing a Skull-Crushing Finale. Paul eventually began posting on social media angling for a one-on-one match with Miz. After it was announced Paul had officially signed a WWE contract, the talk amped up with Miz refusing to grant Paul the match. That changed on Raw when Paul appeared on Miz TV and threw down the challenge again while insulting Miz. Miz finally accepted and the SummerSlam clash was officially on.

The Mysterios vs. The Judgement Day (No Disqualification): The Mysterios and Judgement Day have been battling for weeks with Finn Balor and Damian Priest trying to get Dominik Mysterio to join their ranks. After Rey Mysterio beat Balor on Raw and celebrated his 20-year WWE anniversary, Balor, Priest and Rhea Ripley attacked Mysterio backstage, powerbombing him through a table. That set up a no disqualification clash for SummerSlam.