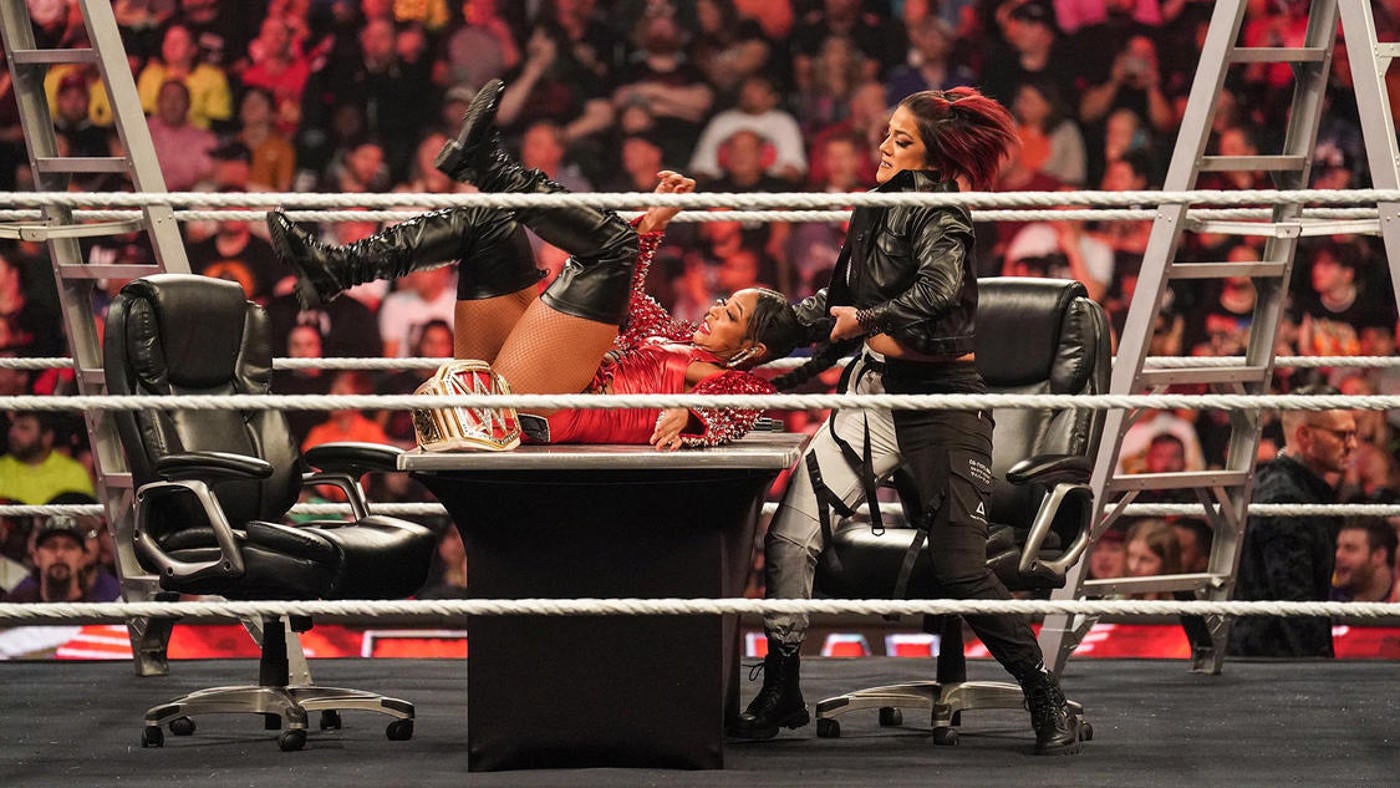 WWE Extreme Rules is set to go down on Saturday with a card comprised of wild gimmick matches. That includes matches for both of the top women’s championships.

Liv Morgan is set to put the SmackDown women’s championship on the line against Ronda Rousey in an Extreme Rules match, meaning there are no rules and the match can only be won by pinfall or submission. Meanwhile, Bianca Belair will defend the Raw women’s title against Damage CTRL leader Bayley in a ladder match.

Let’s take a closer look at who our CBS Sports experts predict will come out on top at WWE Extreme Rules, which begins Saturday at 8 p.m. ET from Wells Fargo Center in Philadelphia and streams live on Peacock.

The pairing of Morgan and Rousey has been extremely difficult for WWE to navigate. Despite this reality, WWE has gone back to the well yet again. Morgan’s match with Sonya Deville showed she has the ability to “get extreme” but the Rousey/Morgan dynamic revolves around Rousey’s physical dominance. That dominance led to a bizarre SummerSlam match where Rousey “won” as Morgan tapped out to an armbar — after a match in which Rousey dominated every second — but the referee instead counted Rousey’s shoulders down to allow Morgan to retain her title. The lack of rules should allow Morgan to fight back without having to go truly blow-for-blow. This feels like an excuse to let Morgan get a clean win and move past Rousey, though WWE deciding to just give the belt back to Rousey is in play as well. Pick: Liv Morgan retains the title — Brent Brookhouse

I would have expected a longer run for Morgan after her monumental cash-in at Money in the Bank. Unfortunately, the fan response to her subsequent reign has been less than stellar. Props for WWE for trying to give her an edge, but she has yet to recover her momentum in the aftermath of SummerSlam. It’s time to hand the strap to anti-hero Rousey and give Morgan another title shot down the line. Pick: Ronda Rousey wins the title — Shakiel Mahjouri

Belair is a massive talent and her title reign has not been mishandled. That said, she’s running out of viable opponents while Bayley and Damage CTRL have been red hot since returning to the main roster. WWE seems very interested in strong factions at the moment and adding the Raw title to the tag belts make Damage CTRL the women’s locker room’s version of The Bloodline. That’s a good reason for Bayley to go over here. Pick: Bayley wins the title — Brookhouse

There is nothing wrong with giving Bayley the title and Damage CTRL dominion over the women’s roster. The problem is a dominant faction already exists. The Bloodline has controlled the lion’s share of titles for a long time now and replicating the same experience on the women’s side feels redundant. Damage CTRL has enough longterm potential to delay Bayley’s inevitable title win. Let Belair roll with it for a while longer. Pick: Bianca Belair retains the title — Mahjouri

While Rollins has basically dominated the rivalry, it seems a given Riddle will get his win at some point. Placing the match in the “Fight Pit” and allowing Riddle’s MMA background to take control gives them the easiest chance to do so. Daniel Cormier as the special guest referee doesn’t seem like it’s something that would lead to any real shenanigans, but could lead to a set up for a Brock Lesnar match. Riddle should just win a fun scrap here. Pick: Matt Riddle wins — Brookhouse (also Mahjouri)

Balor is another superstar who should receive better treatment in a creative environment led by Triple H. He was a made man in NXT and was pegged for big things prior to an injury early into his main roster run. The Judgement Day is desperate for momentum and the group already lost to Edge and Rey Mysterio at Clash at the Castle. Balor should emerge victorious through some devious means of coercing a resignation from Edge. Pick: Finn Balor wins — Mahjouri (also Brookhouse)

WWE has done a brilliant job of portraying Kross as a genuine threat since he and Scarlet made their surprise debuts in August. Kross needs this win more than McIntyre does. It’s an opportunity to implant a fresh face into a main event scene that is slowly healing under Triple H’s supervision. If WWE were going to pull the trigger on McIntyre, they would have done so at Clash at the Castle. Expect Kross to have his hand raised in a hard-hitting match. Pick: Karrion Kross wins — Mahjouri (also Brookhouse)

There’s nothing wrong with a wild clash between two groups of brawlers. Sheamus and Gunther have already created magic together and now they battle with their teams backing them up. Imperium could stand to continue to build some momentum as they don’t have a leader who is as established as bulletproof like Sheamus. They should get the win here. Pick: Imperium wins — Brookhouse (also Mahjouri)