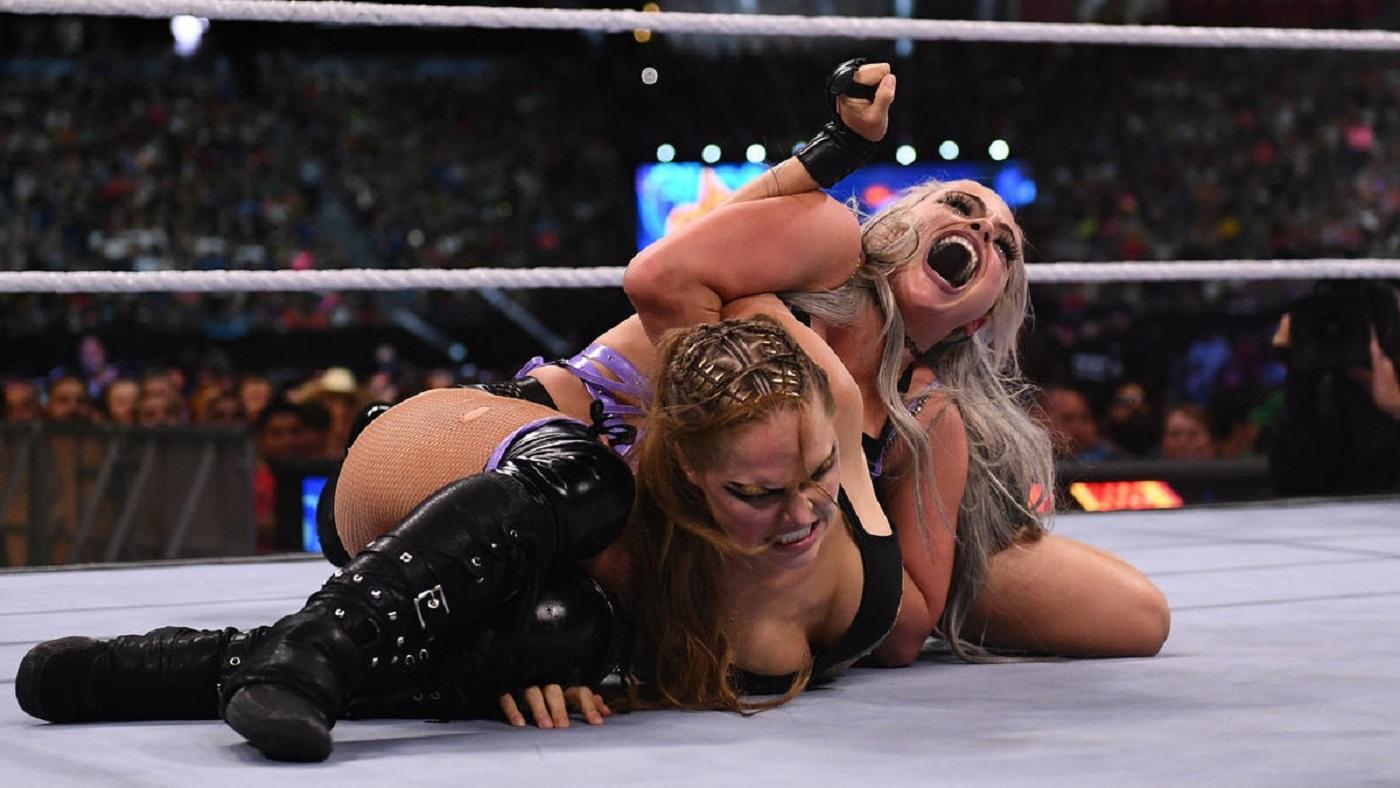 The Wells Fargo Center in Philadelphia on Saturday plays host to the 2022 WWE Extreme Rules event, which means violence is on the horizon for some superstars. It’s a fitting setting for the event seeing as the City of Brotherly Love served as the home base for ECW when the promotion was at its peak.

Extreme Rules is a WWE event featuring an emphasis on matches with weapon-based stipulations and no disqualifications. The term derives from Paul Heyman’s cult classic company in which all matches were contested under “Extreme Rules.” The events generally feature at least one “Extreme Rules” match with no holds barred.

Three of those style matches have already been booked, including a “Fight Pit” match, a “strap” match and an “I quit” match. Plus, both women’s titles will be on the line with special stipulations. Liv Morgan will defend her SmackDown title against Ronda Rousey in an “Extreme Rules” match while Raw women’s champion Bianca Belair will battle Bayley in a ladder match.

Take a look below at the confirmed and predicted matches, and be sure to check out our WWE Extreme Rules staff predictions at this link here.

SmackDown Women’s Championship — Liv Morgan (c) vs. Ronda Rousey (“Extreme Rules” match): Morgan won the title at Money in the Bank, cashing in her contract shortly after winning it to pin Rousey. They rematched at SummerSlam, with Rousey dominating Morgan and locking her in an armbar that forced Morgan to tap out. Unfortunately, the referee missed the tap and instead counted Rousey’s shoulders down, allowing Morgan to retain the title. Rousey then won a five-way elimination match on SmackDown to earn another shot at Morgan at Extreme Rules. Morgan interrupted Rousey’s interview on the Sept. 16 episode of SmackDown. Morgan accused Rousey of not respecting her and challenged Rousey to an “Extreme Rules” match. Rousey agreed, warning Morgan it was the champion’s funeral.

Raw Women’s Championship — Bianca Belair (c) vs. Bayley (Ladder match): Bayley’s return from injury at SummerSlam was a big shot in the arm for the women’s division. She introduced her new group with Dakota Kai and IYO SKY and immediately set her sights on Belair and the Raw women’s title. The two have already brawled several times and were involved in a six-woman tag match at Clash at the Castle. Bayley finally locked in her challenge for the title, and after Belair reminded Bayley that she hit a K.O.D. on a ladder in their last singles match, Bayley made the challenge for the pair to meet in a ladder match at Extreme Rules.

Seth Rollins vs. Matt Riddle (Fight Pit match): Rollins has continued to get the better of Riddle at nearly every turn. Riddle finally scored something of a victory when he cost Rollins a chance to win the United States championship during a match with Bobby Lashley on Raw. Rollins’ anger boiled over after Riddle cost him the match and he challenged Riddle to name the time and place for a rematch. At that point, Riddle threw down the challenge for a match in the Fight Pit at Extreme Rules. It was announced one week before the event that former two-division UFC champion Daniel Cormier will serve as a special guest referee for the MMA-themed match.

Drew McIntyre vs. Karrion Kross (Strap match): Kross and Scarlett have been terrorizing McIntyre since making his surprise return to WWE on Aug. 5. Kross has repeatedly attacked McIntyre and sent the former WWE champion ominous threats. McIntyre had enough and challenged Kross to a strap match on the Sept. 23 episode of SmackDown. Kross once again laid out McIntyre and accepted the challenge.

Edge vs. Finn Balor (“I quit” match): Edge returned on Raw to save Matt Riddle from a beatdown at the hands of The Judgement Day. Edge then told Balor that he will always come back, despite The Judgement Day repeatedly vowing to end his career. At that point, Edge challenged Balor to their first-ever singles match, amping up the challenge by suggesting it take place under “I quit” rules.

Imperium (GUNTHER, Ludwig Kaiser and Giovanni Vinci) vs. Brawling Brutes (Sheamus, Ridge Holland and Butch) (Irish Donnybrook match): WWE’s social media team announced that members of Imperium and Brawling Brutes will collide in a six-man, “Good Old Fashioned Donnybrook” match at Extreme Rules. The no-holds-barred, no-count-out match features Irish-themed weaponry. The match is an extension of the GUNTHER vs. Sheamus feud that has earned rave reviews for its hard-hitting action. Their intercontinental title match at Clash at the Castle stole the show and a one-on-one rematch is scheduled for the SmackDown preceding Extreme Rules.