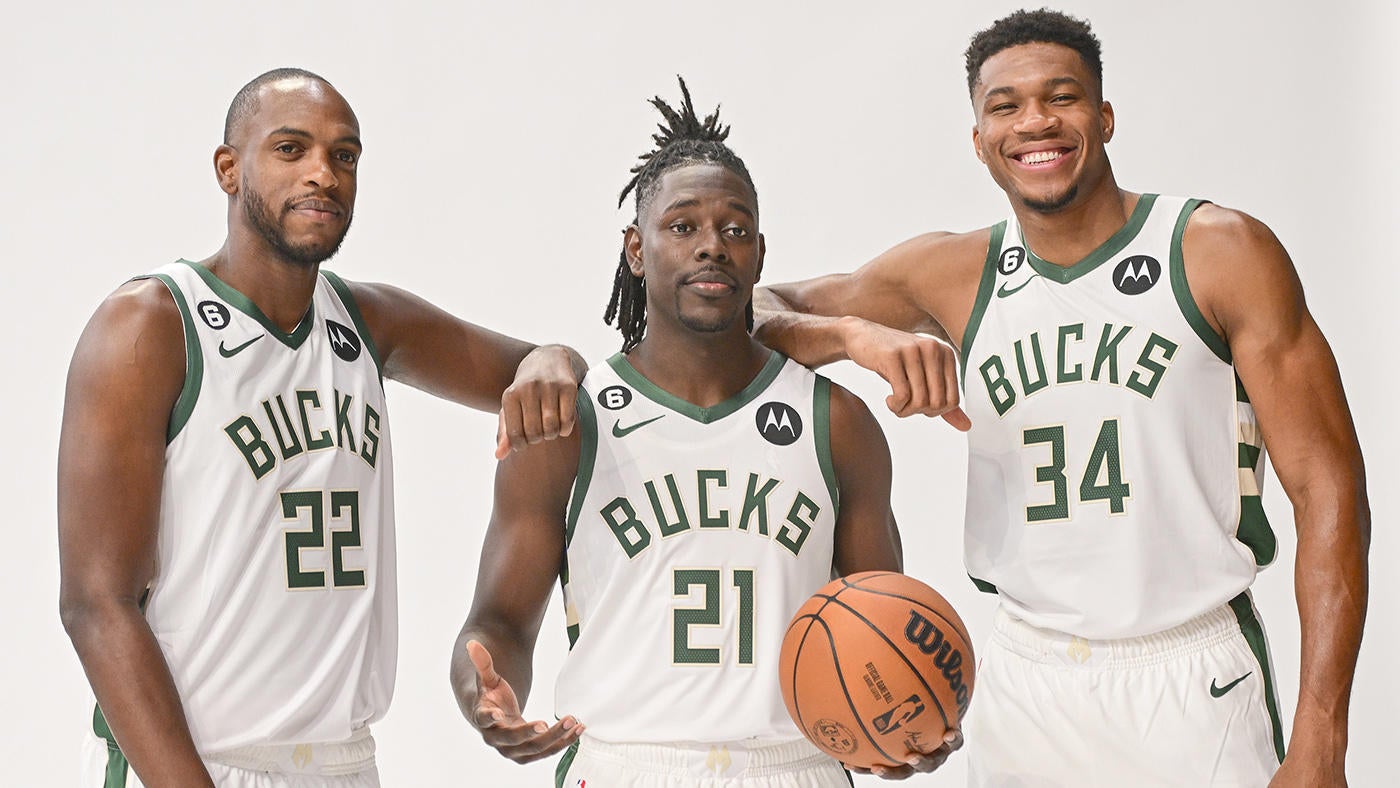 The 2022-23 NBA season is now just two weeks away, with a dynamite doubleheader featuring the Philadelphia 76ers versus the Boston Celtics and the Los Angeles Lakers against the Golden State Warriors scheduled for opening night set for Tuesday, Oct. 18.

With real games right around the corner, this is peak prediction time. As always, one of the most interesting groups to hear from is the league’s general managers. Once again, the league website has polled executives across the league to get their thoughts on the upcoming season.

Here are some of the most interesting results and takeaways from the NBA‘s annual GM Survey.

The Bucks’ repeat quest last season ended in the second round against the Celtics, in large part because they were playing without Khris Middleton, who had suffered a knee injury in the first round. Many believe the Bucks would have won that series with Middleton, and perhaps the title if they had been healthy. The Bucks certainly do, which is why they brought back 16 players from last season, and now it’s clear the GMs were in that boat as well, as they’ve picked Giannis Antetokounmpo and Co. to win it all by a rather clear margin.

Luka to get first MVP?

Nikola Jokic won his second consecutive MVP last season and didn’t even receive a vote this time around. Perhaps for good reason, though, as NBA history has shown us winning three in a row is extremely rare; Bill Russell, Wilt Chamberlain and Larry Bird are the only players to pull off that feat.

Instead, GMs have predicted that another European star will earn the honor this season: Luka Doncic. The Mavericks maestro led his team to a surprise Western Conference finals appearance last season and has established himself as one of the game’s best players with three consecutive All-NBA First Team selections.

Will this be the season he breaks through and wins MVP? He certainly has a chance, but he’ll face stiff competition from the likes of Giannis and Joel Embiid, who came in second and third in the GMs’ voting.

Cavs run away with best offseason

Which player will make the biggest impact?

Which team has the most promising young core?

In early September, the Cavaliers stunned everyone by pulling off a blockbuster trade for Donovan Mitchell. While the rebuilding Jazz were expected to trade Mitchell at some point in the offseason, the Knicks were the clear favorites until the Cavs swooped in to complete a deal.

Though there may be some initial growing pains, Mitchell appears to be a perfect fit for this young Cavs team, particularly on the offensive end. As impressive as the Cavs were at times last season, their lack of playmaking and scoring was painfully obvious. Mitchell, who finished 13th in the league in scoring last season at 25.9 points per game, will step in and fill that void.

With Mitchell in the fold, the Cavs will expect to make the postseason for the first time since LeBron James left in 2018. And either right away this season or further down the line they will be in line to contend at the top of the Eastern Conference. It’s no surprise that the GMs were all-in on the Cavs. In addition to declaring Mitchell as the player on a new team who will make the biggest impact, they said the Cavs made the best moves this summer and now have the best young core.

The Rookie of the Year race was dealt a major blow in the summer when No. 2 overall pick Chet Holmgren suffered an foot injury that required surgery and will keep him out for the entire season. With Holmgren out of the picture, the GMs have made No. 1 overall pick Paolo Banchero their clear choice for ROY.

Looking at the other top-four picks’ skillsets and situations, Banchero may have been their pick regardless of Holmgren’s injury. Smith is playing with two ball-dominant guards in Jalen Green and Kevin Porter Jr., while Murray figures to be solid all-around player, but one who doesn’t put up eye-popping numbers. Banchero, meanwhile, is going to have the ball in his hands a lot on this Magic team and will have more of an opportunity to put up numbers — which is what most often decides ROY voting.

Wembanyama on the radar

Best international player not in the NBA

There are going to be all sorts of fascinating playoff races this season, but the race to the bottom will generate plenty of intrigue as well.

The Jazz traded Donovan Mitchell, Rudy Gobert and Bojan Bogdanovic this summer to start a total rebuild; the Spurs sent Dejounte Murray to the Hawks and have Gregg Popovich telling people not to bet on them this season; the Thunder have already lost No. 2 overall pick Chet Holmgren for the season and Shai Gilgeous-Alexander for multiple weeks with a knee injury and appear set for another lottery campaign; the Pacers could really dive into the mix if they move Myles Turner and Buddy Hield.

Why are so many teams making a clear effort to get the No. 1 pick this year? One name: Victor Wembanyama. The 18-year-old Frenchman is the projected top pick in the 2023 NBA Draft, and the GMs see him as the clear-cut best player outside the league right now. A 7-foot-4 center with you-have-to-see-it-to-believe-it length and skills, he has the all the makings of a franchise cornerstone and potential superstar.